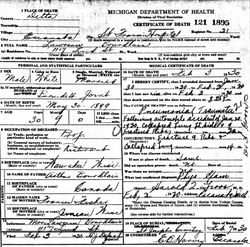 "Uncle Dick in the Deer Stand" is a memorable phrase uttered by Democratic presidential candidate Amy Klobuchar during the democratic presidential primary debate on February 25th, The comment, made in response to a question about gun control and gun rights, went viral on Twitter on the evening of the debate. And I can still remember one of our assistant coaches, Dick Bourdelais, reaching under his shirt and thumping his chest repeatedly with his fist as he accused us .